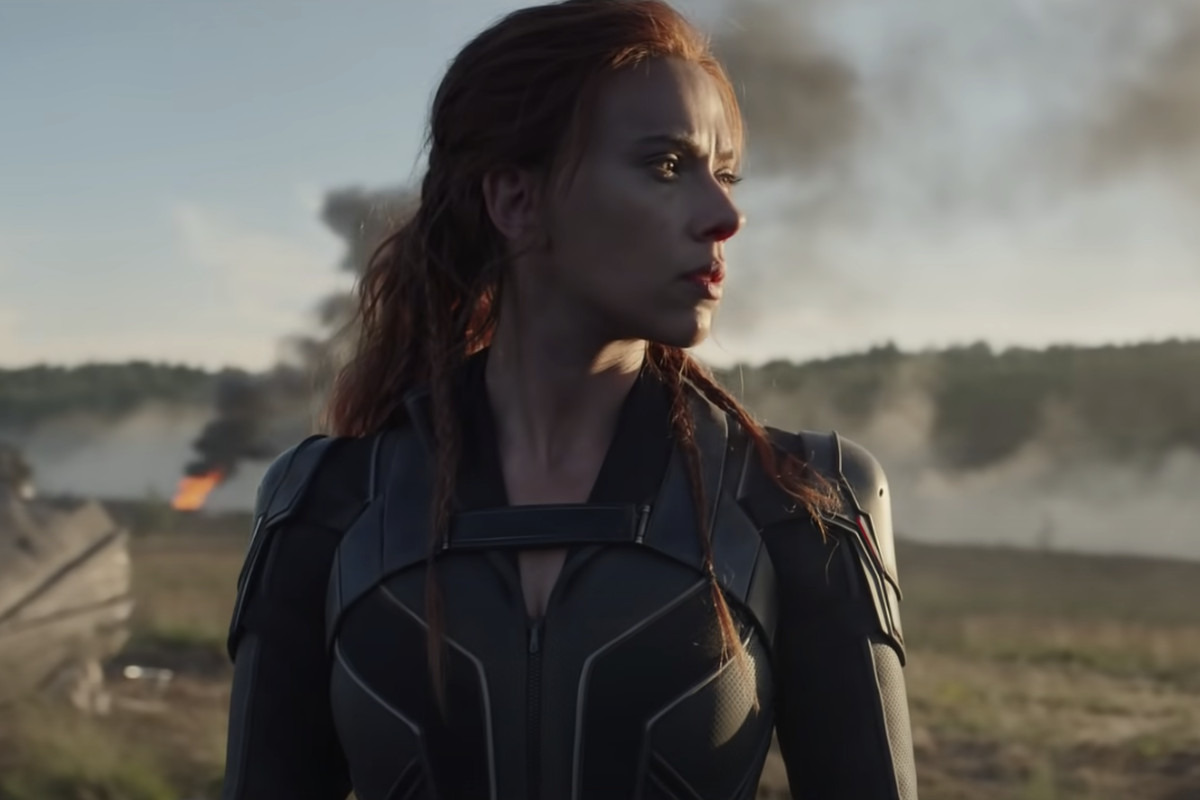 I've got such a love-hate relationship with the MCU (the Marvel Cinematic Universe, but you know that already). They are high entertainment, and are a big reason cinemas continue to thrive in the 21st century when we have a plethora of options to watch movies. But they're also really formulaic and generic, and while keeping cinemas alive, they've also been the reason that what kind of movie that gets released in theatres is extremely narrow. They are films that are meant to please everyone in every walk of life, which isn't necessarily a bad thing. However, the result of this decision are basic movies that don't attach any stakes.

For all my criticisms though, I've kept up with the MCU for the most part. I've missed a few movies here and there, generally speaking though, I get what's happening in the universe as a whole. And regardless if you're a fan of the movies and the effect of the MCU on the industry, you have to admire what Marvel and Kevin Feige have accomplished. Over a decade of relatively consistent success is not easy in any industry, let alone Hollywood.

Phase 4 begins today with the release of Black Widow (2021) in theatres and Disney+ Premium Access, so what better time to reflect back on a franchise that changed the industry arguably more than any before it. Here are my top 5 favourite MCU films to date. 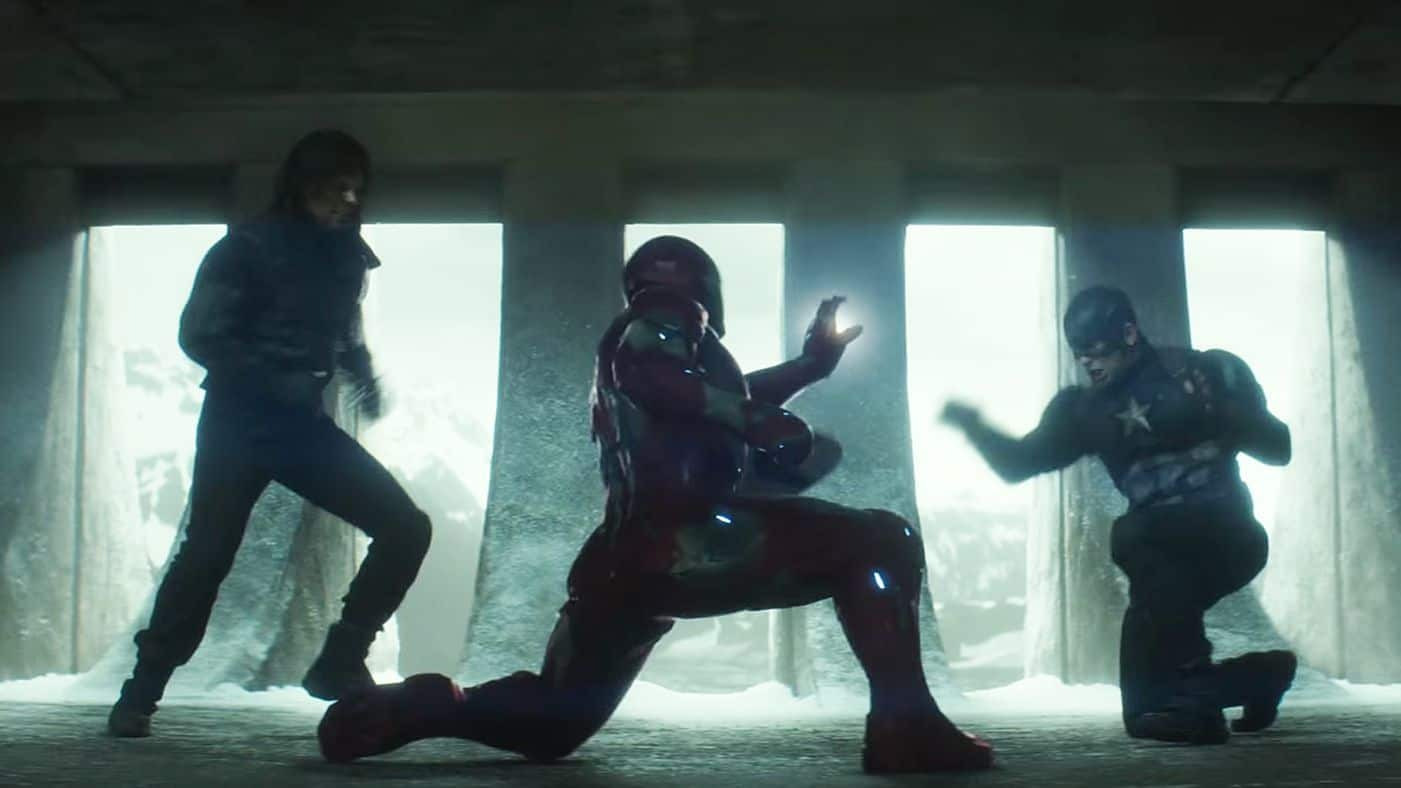 Let's be real, Captain America: Civil War is an Avengers movie lite, but it is one of the best story lines Marvel Comics created and Marvel Studios thankfully did it justice. Flipping the assumed stances of Cap and Iron Man is clever and shows the growth of both characters, and the big fight scene between them with Bucky is one of my favourites. This movie also carried a lot of responsibility in the greater MCU. It introduced Black Panther and Spider-Man, and was the first film in Phase 3, the final phase of "The Infinity Saga".

Civil War is the perfect ending of the Captain America trilogy, which, to date, is the only successful character trilogy in all of the MCU. The directors Anthony and Joe Russo have a lot to do with that, and I think their work in the MCU has contributed greatly to the success of the studio and the films. 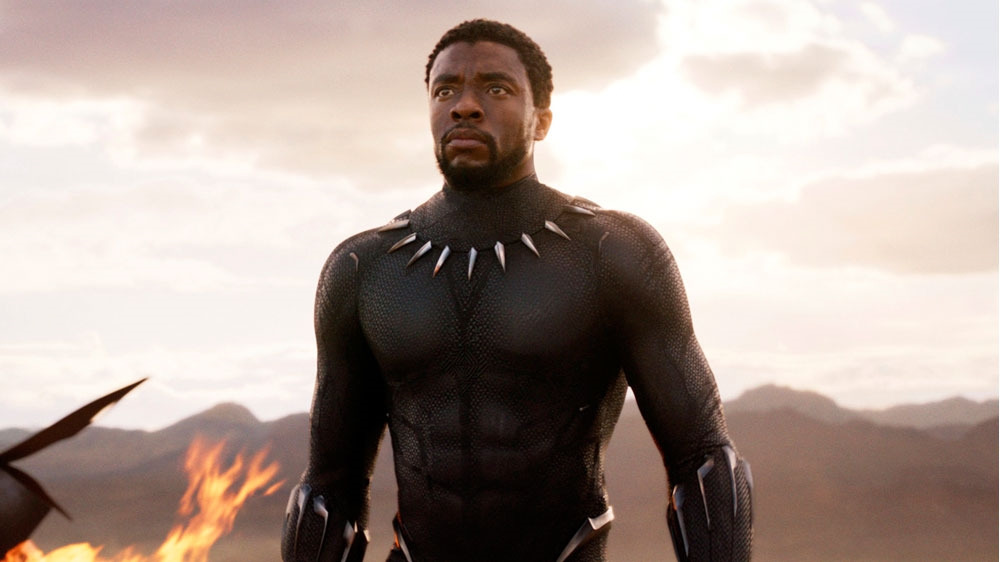 The world building of Wakanda is just *chef's kiss*. How Ryan Coogler imagined the fictional African country and its culture — drawing from traditions and present-day Black-American culture — is incredible. The tech they create, from the subway system to Shuri's bad ass car creation, and of course, the energy-absorbing Black Panther armour she builds, is very imaginative yet realistic. Black Panther was Marvel's first foray outside the typical white bread Avengers world, and they lined up the perfect cast and crew to do the job. As the kids would say, they understood the assignment.

Chadwick Boseman's untimely passing has made this movie that much more poignant. To know that Boseman was ill during the filming of Black Panther and understanding the strength he summoned to play T'Challa, only emphasizes the importance of the Black Panther character. Boseman gifted the world a lot of amazing performances, but it's possible Black Panther is the most significant. His Black Panther inspired an entire generation and will continue to for years to come.

Just bury me in the ocean with my ancestors who jumped from ships, ’cause they knew death was better than bondage. 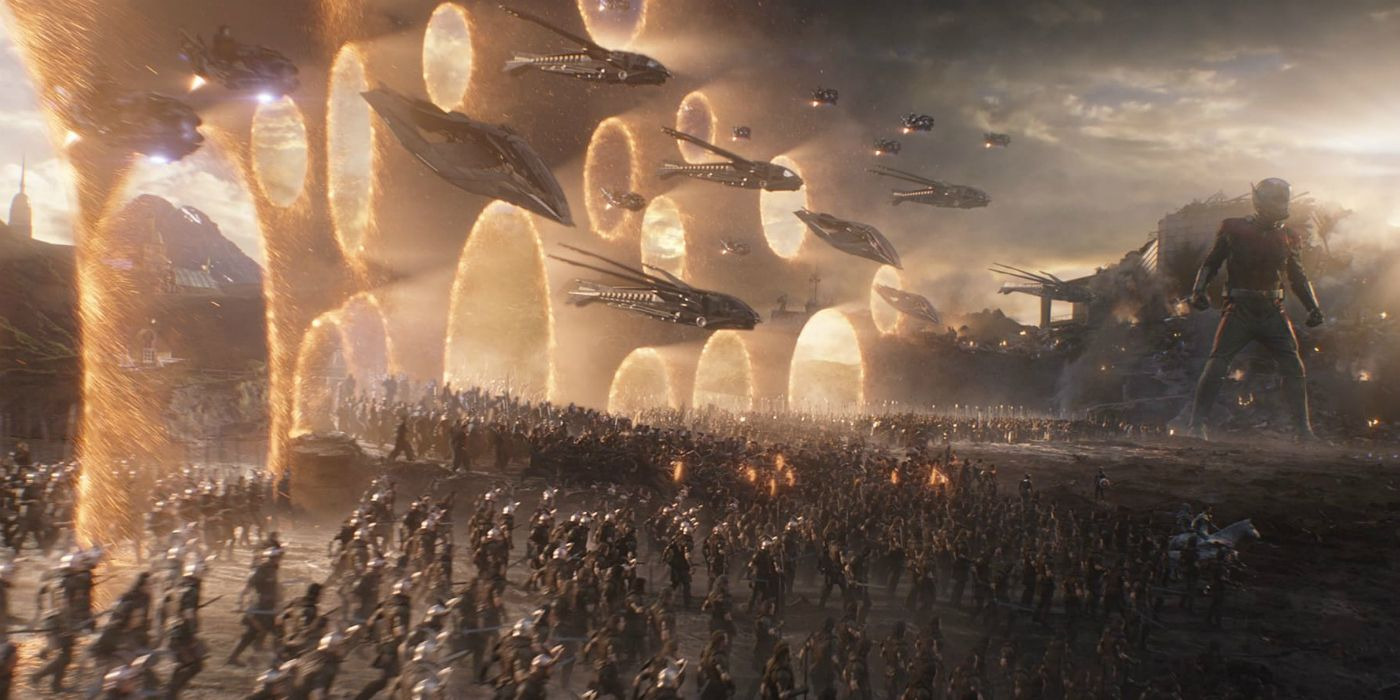 I'm a real sucker for a good series finale. I love when a TV show wraps up with heartfelt reflection and satisfying character resolutions. It may be an easy way for showrunners and writers to manipulate an audience, but it is super effective and I'm here for it.

Avengers: Endgame is a series finale on steroids and benefited greatly from having Anthony and Joe Russo as directors given their experience in the TV world. Revisiting key points in each of the original Avengers' stories is a wonderful send-off and thank you to each character, and I won't lie, the end credits with each of them "signing off" got me tearing up.

Endgame is the ultimate show of fan service, and it's deserved. For some fans, the MCU is their bridge from child to adulthood and what a way to cap off the journey. 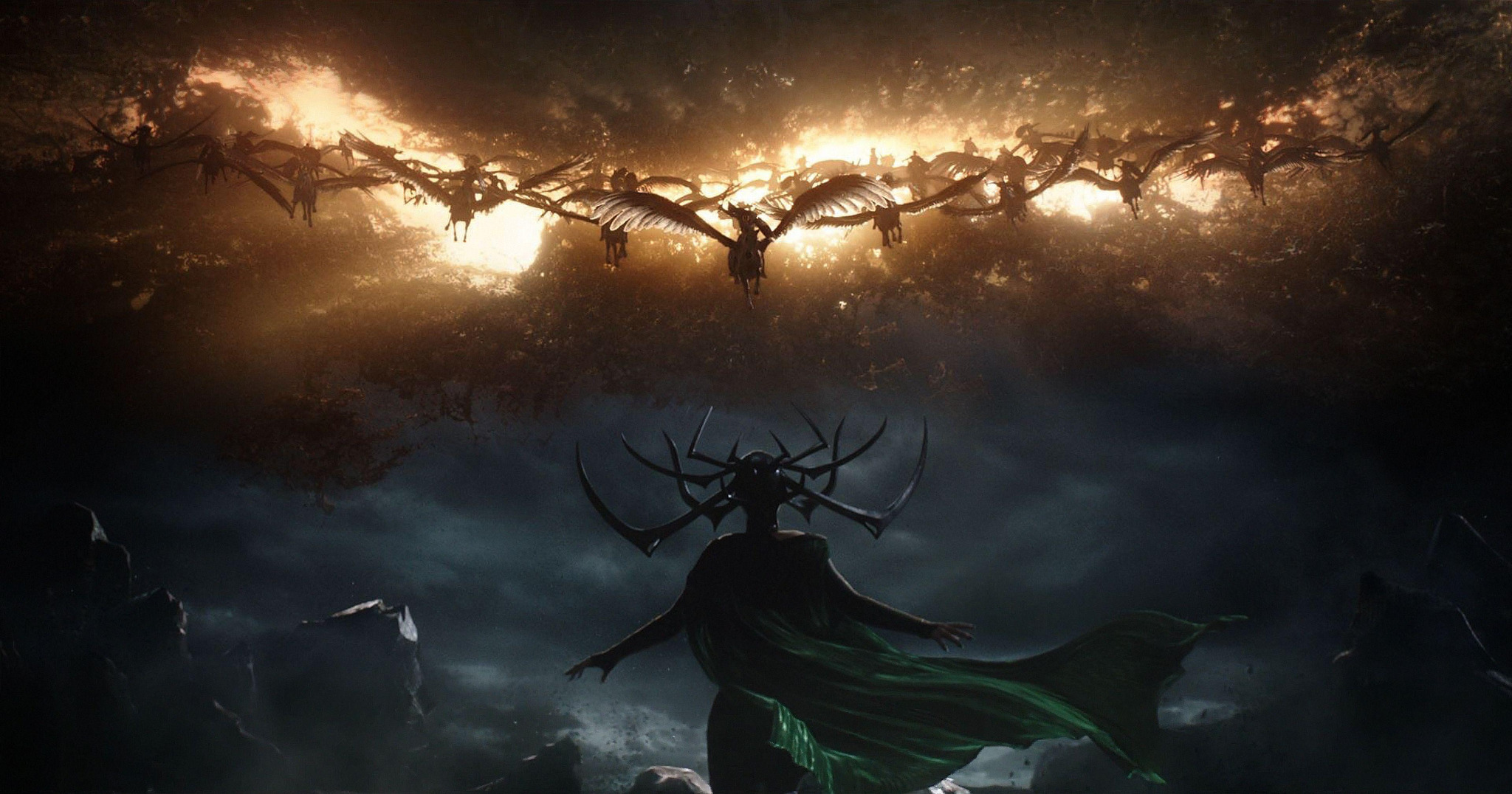 Thor: Ragnarok is the MCU movie I've watched the most. It has a comic sensibility I love (thank you, Taika), some killer action sequences, and Jeff Goldblum. What more could you want?

Thor as a series was definitely adequate at best. The origin story was okay, the sequel not so much. Chris Hemsworth himself stated he had been growing bored with the character as the years and films rolled on. And Sir Anthony Hopkins initially had no interest in appearing in another film as Odin.

One of my biggest criticisms of the MCU is them not allowing directors to put their fingerprints on a movie. It was widely publicized that Edgar Wright had a falling out with the studio powers that be and exited Ant-Man (2015) due to "creative differences". (Can you imagine what him and Paul Rudd would have been able to do?). So I was pretty curious when I heard that Taika was taking over the Thor story.

Thankfully, Marvel seemed to learn from the Wright debacle, and they took their hands off the wheel, letting Taika be Taika. The director tapped into the natural charm and humour of Hemsworth and Mark Ruffalo, which was a departure from their Thor and Hulk interpretations that no one was mad at. Introducing Valkyrie and taking Thor and Loki out of Asgard and Midgard and into the colourful world of Sakaar, breathed new life into Thor, Hulk, and even Hemsworth's performance. 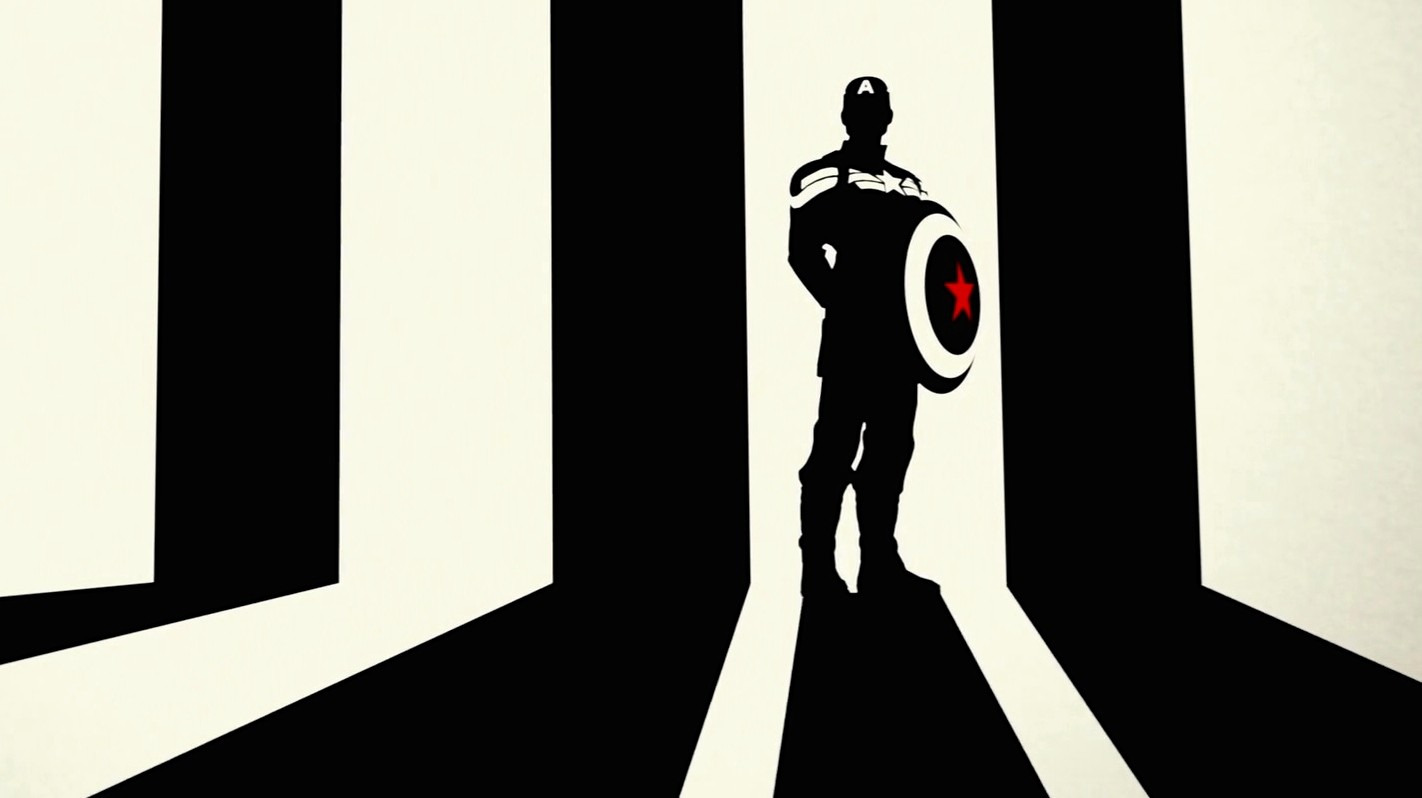 In my opinion, Winter Soldier is the movie that can mark a before and after times in the MCU. This was the movie that challenged the MCU to go beyond the superhero parameters in terms of storytelling and fight sequences, and all subsequent movies were made better by this.

Captain America can be an extremely boring character: the boy scout in blue who has a strict moral compass and can only see the black and white of the world. The Russo brothers, along with Chris Evans, subverted this premise and made Cap nuanced as a man and as a superhero. And they also made him kick absolute ass.

Winter Soldier captures the aesthetic of the '70s political spy thriller and brings in one of the biggest stars of the '70s, Mr. Robert Redford himself. I love when actors from this era come into contemporary films. When Redford steps in, he just wipes the floor with everyone, and I say that with the greatest respect to the other actors and their performances.

This film was the first appearance of the Russo brothers to the MCU and they, and Winter Soldier, should be put in the Marvel Hall of Fame if that exists. I truly believe without the Russo's, the MCU would not be as successful as it has been, and Winter Soldier was the movie to show what their vision for the universe was and a great example of their ability to execute that vision.

(Side note: you can probably tell from my picture selection for Winter Soldier, but I adore the end credit graphics of this movie. They are striking and the perfect choice to finish the movie.)

I usually keep these lists quite positive with a little HM shout out at the end, but in this case, I didn't really have any films that fell into this category for me. However, I do have a couple of movies that I actively dislike from the MCU, so why not rant.

But don't let this sour end note detract at all from the respect I have for what the MCU accomplished. From a film and storytelling perspective it's incredible, and from a purely business perspective, it's very admirable.

So which of your favourites did I miss? Infinity War (2018) is a heavy fan favourite that many prefer over Endgame, but it just didn't land with me. It was absolutely fine as a film, just nothing that stuck with me. Iron Man is also a movie that probably deserves a shout out because it started everything. Let me know!