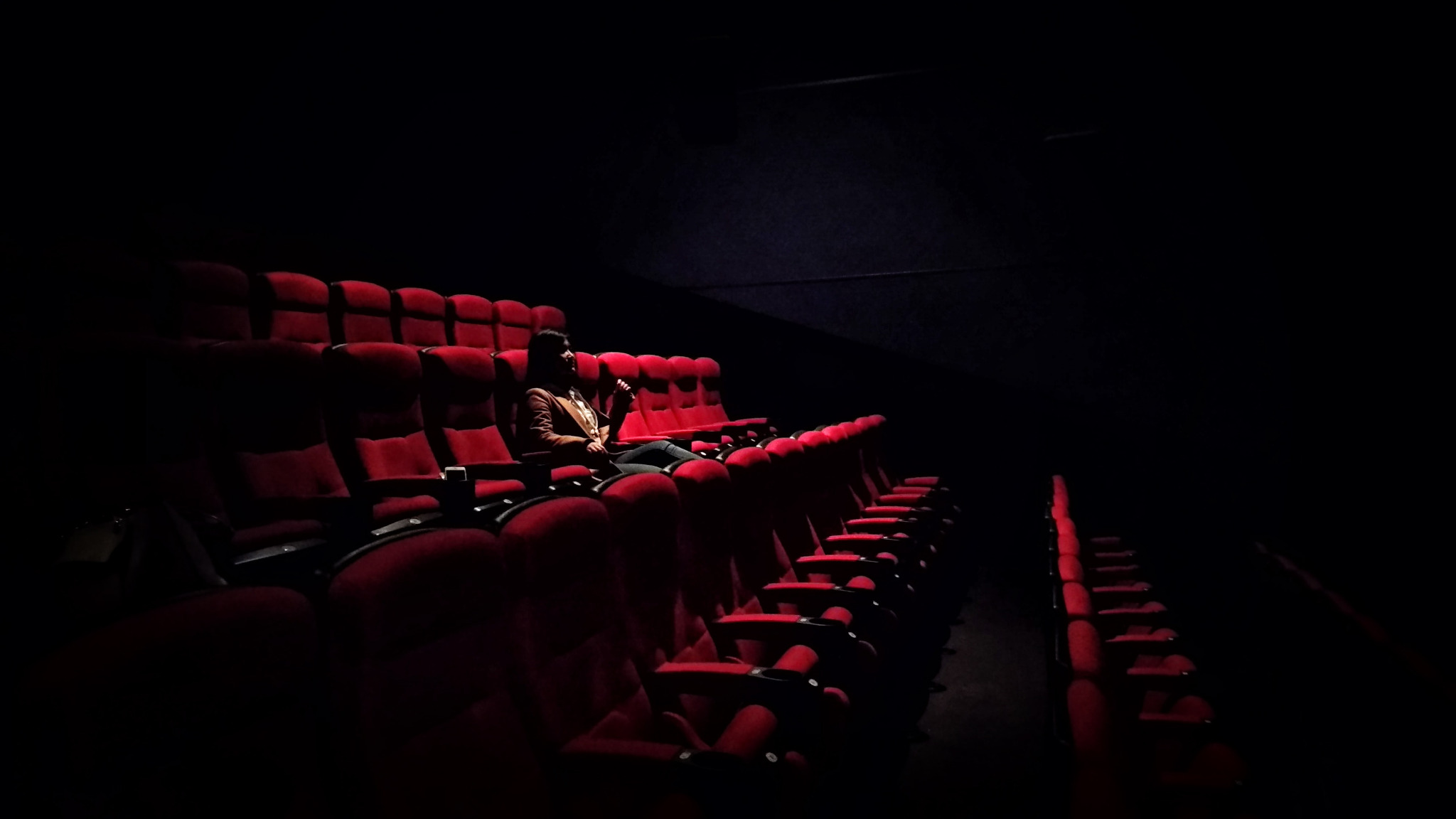 Following the news that WarnerMedia was blowing up the movie industry by releasing their 2021 slate in theatres and on HBO Max on the same day, the online discourse naturally centred around the future of cinema.

I know there are many who don't care what happens to the movie theatre industry and in fact are quite turned off by the ever increasing ticket prices and the admittedly ridiculous concession costs. I certainly can't argue with the economics of it, but going to the movies has been a part of my life since I can remember. I've had some great memories associated with going to the movies and I wanted to share my Top 5, so here we go. 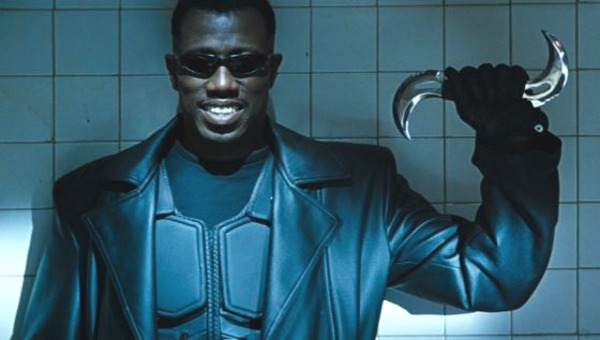 Back in 1998 I was 11 years old and if memory serves me right, AA (or 'Adult Accompaniment') rated movies meant you had to be at least 14 years old to watch or be accompanied by a 14 year old. Why was a 14 year old considered an adult I hear you ask? It was the '90s, we didn't ask questions back then.

My brother's best friend came over in the summer and they wanted to watch Blade. They were 13 at the time but were pretty tall for their age so easily could pass as 14. Of course my brother was meant to be looking after me, so off the three of us went to watch Wesley Snipes slay some vampires.

At the time we definitely thought we were getting away with something, and I had strict instructions from my brother to be quiet and let them do the talking. I'm sure the rebellious, covert nature of our movie excursion added to my enjoyment of the film, which I have since rewatched and still quite enjoy. I was overjoyed and incredibly pumped watching Snipes do his thing. I distinctly remember how excited I was when Snipes/Blade whipped a boomerang-type blade (heh) around a column halving all the vampires. (Reading this back I realise "excited" is an honest recollection but definitely a disturbing one).

Blade was a violent movie (if that wasn't obvious) and about a week after we had seen it, they changed the rating of the film to R meaning you had to be 18 to watch it. I tell you, I never felt so cool as to go back to school in September talking about how I got to watch Blade. 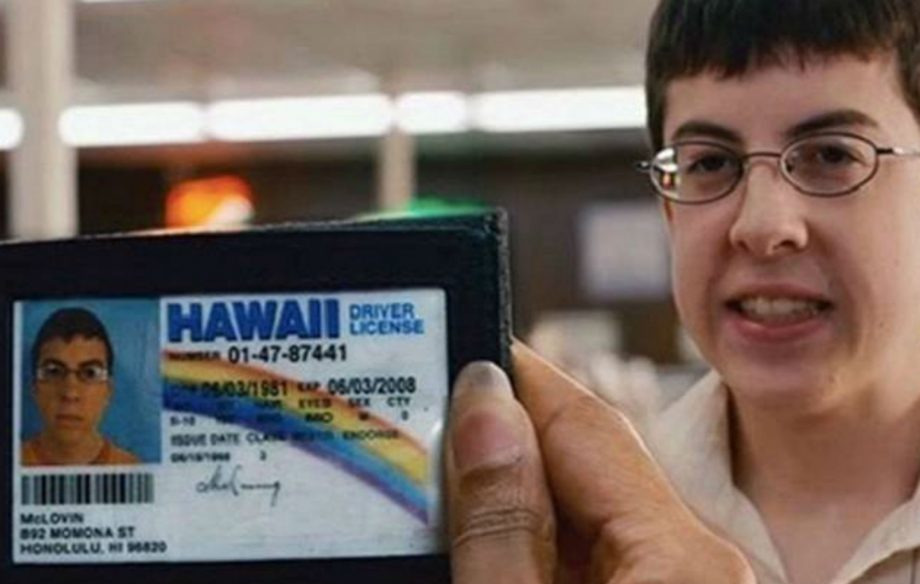 I started university in 2005 and during the summers when my high school friends and I all came home, we would go to the movies every Tuesday (cheap night obviously). Didn't matter if we had something we wanted to watch or not, it was a weekly ritual that we did for years. First was dinner at the Kelsey's or Boston Pizza in the same plaza, and then walking over to the theatre for the late show. After the movie, like the hooligans we were, we would loiter in the parking lot for hours on end talking about the movie (among other things, I'm sure).

We watched some excellent movies on these Tuesdays as well as some really shoddy ones that were enjoyable nonetheless, but Superbad stands out to me. Any movie, in my opinion, is elevated by watching it in a movie theatre, but comedies in particular are absolutely brilliant in a packed cinema.

It may be hard for a younger generation to understand the lack of hype for this movie considering all the acclaim Superbad has received and what household names Emma Stone, Michael Cera, and Jonah Hill are. But when this came out in 2007, expectations were virtually nonexistent and all those actors were unknowns. So the hilarity of Superbad was that much more elevated to an unsuspecting audience. Given that the majority of us in the movie theatre that night were more or less the same age group and I'm sure with the same expectations (or lack thereof), the laughs were loud and rowdy and we were all raucous as hell.

I can't say that I remember every movie my friends and I watched, but I do remember the jokes we cracked in the theatre, the chaos trying to save seats for everyone, and the ever famous elderly gentleman who took our tickets (a local legend). I have very fond memories of these Tuesday nights at the cinema as being a part of the younger years of my life where I had no real responsibilities, a little bit of money to spend, and a group of friends who enjoyed kicking it in the cinema and talking about the movies for hours after. 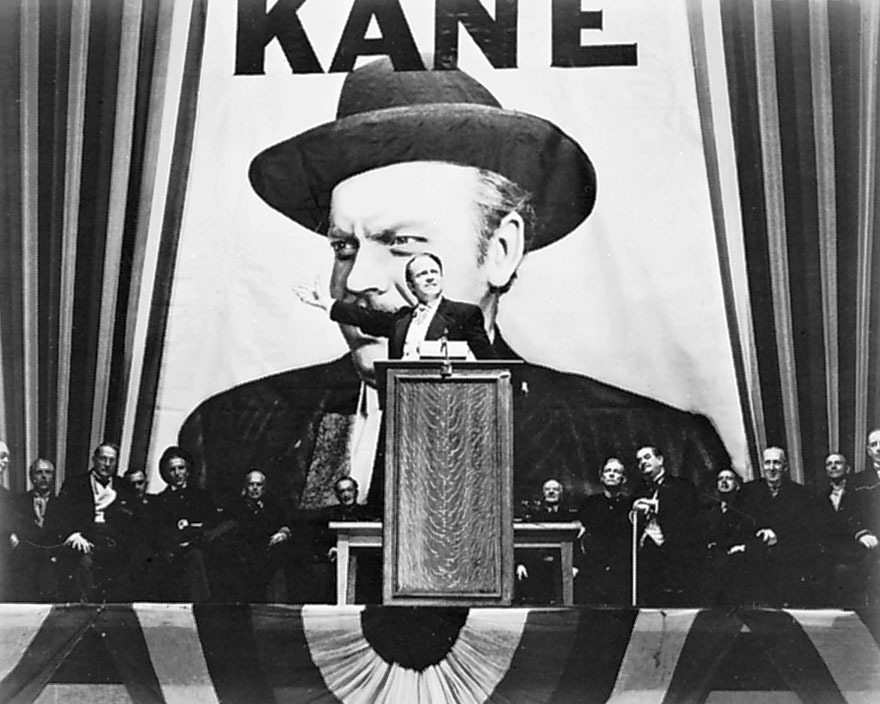 So fun fact about me, I lived in the UK for six years, and for three of those years, I was in London, possibly one of the most exciting, fun, and extraordinary cities to spend your late 20s. As you can imagine, there's a million and one things to do and one of my favourite discoveries was "alternative cinemas". Including the Pillow Cinema where I watched The Theory of Everything (2014) in a disused Underground tube station(!), and the Rooftop Film Club where I watched Citizen Kane for the first time.

The clue is in the title I suppose, but basically the wonderful people at RFC would hold movie screenings (new releases and old classics) on different rooftops across London. A projector screen is set up with deckchairs and a warm blanket provided. When I went, you got a little radio with headphones (or you can use your own) and the audio would come through a frequency channel, similar to how drive-in theatres work. A quick check of their website shows they have upgraded to wireless headphones now. 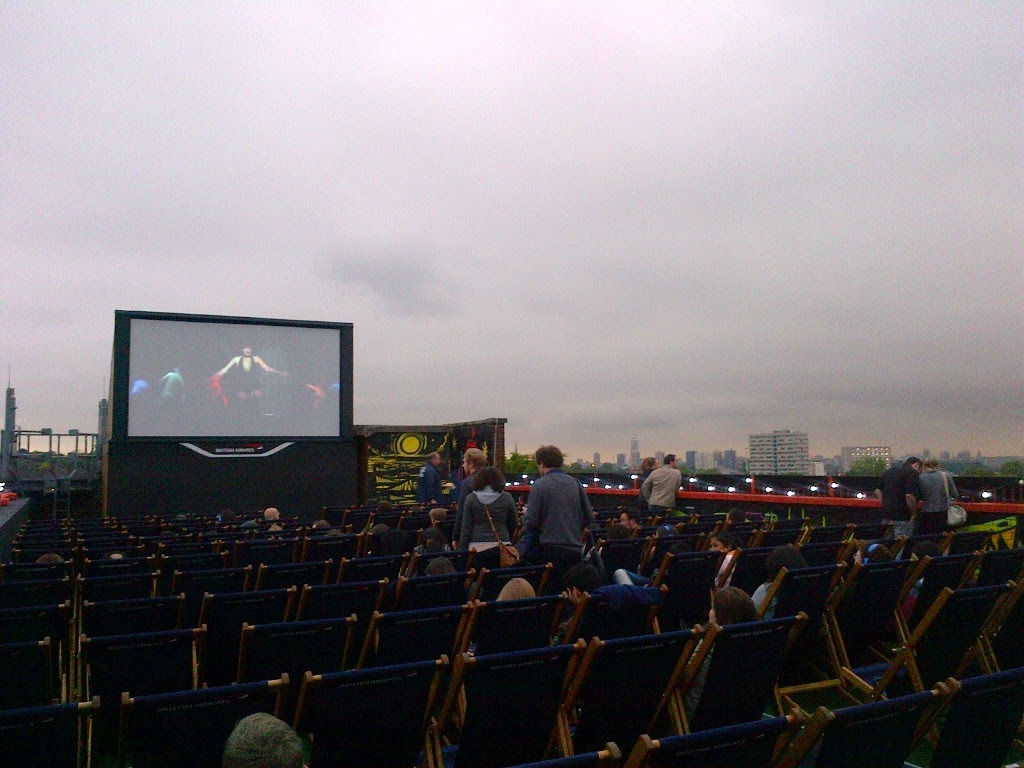 I saw a few movies through RFC but I chose Citizen Kane for this Top 5 for the simple reason of time travelling. Watching a movie in a cinema has the unique ability to transport you to another time and world. Once the doors are shut and the lights go down, you're completely absorbed into the movie with your reality suspended, if for only a couple hours. Perhaps it's the black and white of Citizen Kane or maybe the '30s/'40s cadence of the actors, but it was quite the trip watching this piece of seminal movie history, and when the screen faded to black, you knock back to reality that you're sitting on a rooftop in the middle of London.

So while rooftop and disused tube station screenings of movies aren't cinemas in the traditional sense of the word, they stand as examples of how the industry can adapt. Of course I don't want to see movie theatres as we know them disappear, but in cities like London, finding unique spaces to watch film serves the same end goal: bringing together film lovers to experience a new cinematic world as a community. 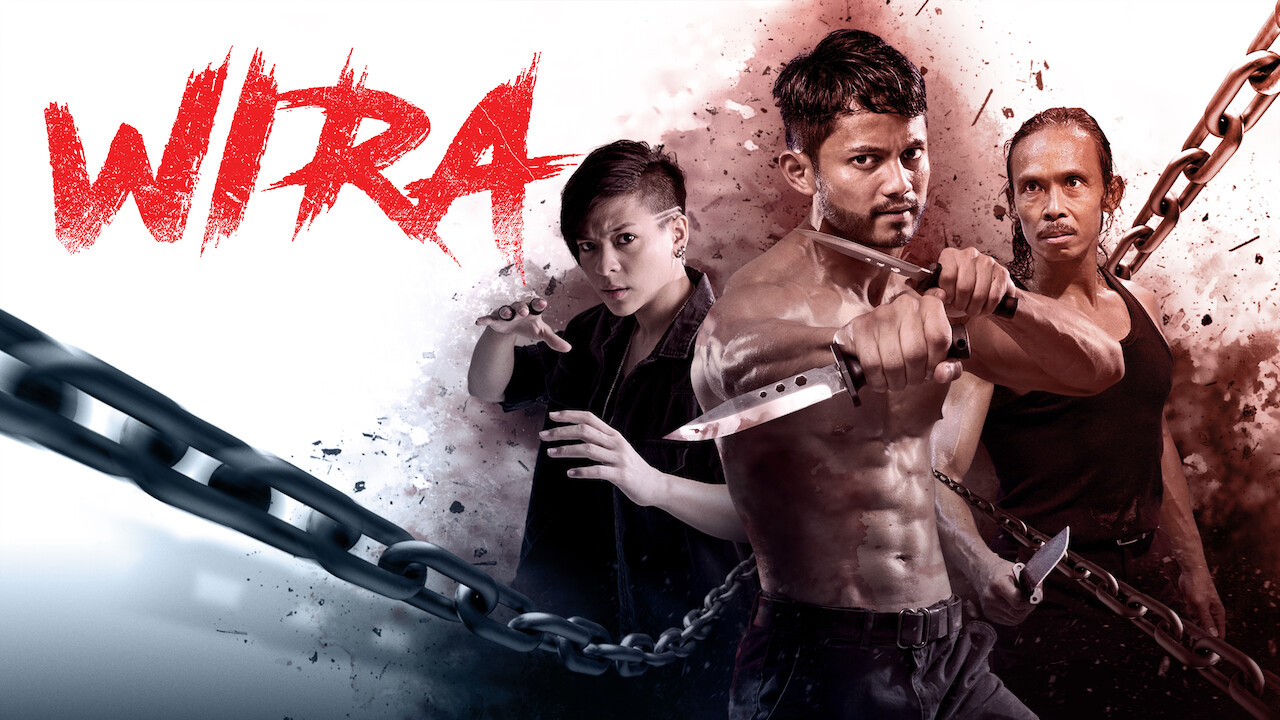 I was travelling last year and found myself driving around Brunei on a very rainy day. There isn't too much to do in Brunei on a rainy day (and what there was to do, I had already done it), so I was wandering through a shopping mall and came across a cinema. They only had a few movies on offer and the English-language films showing I had already seen. I saw a poster for a movie called Wira and looked it up on my phone. A Malay action movie about an ex-soldier coming home to resolve a family dispute with a local gang. Why not!

I thought I had the wrong theatre and so got up quickly and exited the theatre, checked my ticket and looked around. Nope, this is where I'm supposed to be. A couple of girls came out of the theatre too and found an employee and I can only assume told him that the wrong movie was playing. After being told something in Malay, which again I can only assume was, "sorry about that, go back inside and I'll put the right movie on!". Back I went.

The movie itself was far from perfect, but it's enjoyable. It had some great action sequences with some cool fight choreography. But I'll be honest, my memory of Wira is not the story or the set pieces. It's driving around aimlessly in a foreign country unsure of what to do or where to go. It's being caught out in heavy rain and attempting to turn on the heat in my rental car only to amusingly realise that cars in Brunei do not have heating. It's feeling relieved to find a movie theatre because it is my sanctuary of sorts. It's laughing with a couple of strangers that the wrong movie was played even though we didn't speak a common language. It's all these things capped off with Wira.

I know for most people going to the movies while you're travelling seems like a poor use of time. But I personally love to see cinemas in other countries. I'm quite the curious person so even just seeing how ticket purchasing and seat assignments go in different places really interests me (I am clearly a hoot to travel with). And don't forget the ability to watch movies local to the country you're visiting that may not get distribution at home.

I'll always remember Wira for the experience of watching it in Brunei. If you're anything like me and you love film as much as you love travelling, being able to combine the two is well worth the time. 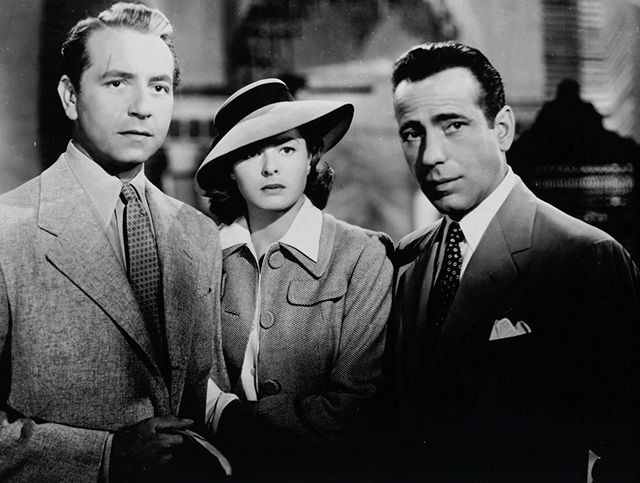 Back to the '40s we go. I have a real love for the Golden Hollywood era and for Casablanca in particular. I'd even go as far as to say that it is my all-time favourite movie that I watch a few times a year. So when I heard that the TIFF Bell Lightbox in Toronto was having a special screening of this great classic a couple summers ago as part of a Humphrey Bogart series, I was incredibly excited.

As I said, I've seen Casablanca countless times. On my computer, on an older smaller TV, on my current bigger TV, even at Roy Thompson Hall when they had a special presentation of the film with the Toronto Symphony Orchestra performing the score alongside (it was incredible in case you were wondering). But watching it in an actual movie theatre on a massive screen was not an opportunity I thought I would have. And even better, the good people at the Lightbox arranged to have a discussion with the audience following the screening. Meeting other people who love Casablanca as much as I do made me genuinely happy.

Despite the influx of streaming services and the current predicament movie theatres find themselves in, I do believe they will survive the pandemic. They will need to adapt but they will survive, and I think the special presentations the Lightbox has every year is a perfect example. By screening old classics, having themed series, discussions after the showing, you entice people to come to the theatre rather than watching their DVD copy for the 50th time.

I can be quite romantic about movie theatres and the experience of watching films in them (case in point this entire article), but practically speaking, the film industry needs them to survive. Studios write cheques for hundreds of millions of dollars to filmmakers, and they are expecting a return that I don't think streaming services can deliver on in comparison to box office receipts. Streaming services have a place within the industry - they can and have been very valuable for the independent film industry in particular. But the big studios that drive the industry need movie theatres, it's plain and simple. Even if they double dip with their own streaming services, I still don't see that as being more valuable than box office revenue.

I am desperately optimistic that movie theatres will still be around for generations to come and I can't wait to be back in a cinema in 2021.